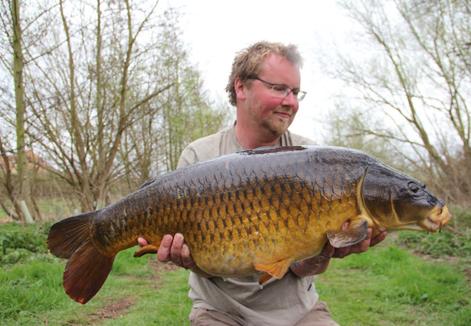 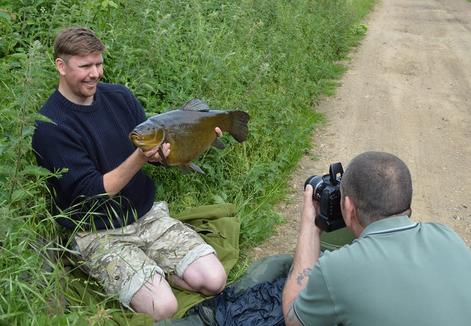 Colney can best be described as the jewel in the crown of this remarkable complex. It can also be described as easily one of the finest big Tench waters in the country producing many different double figure Tench every year and with very high average size of fish to back up these doubles. This year alone (2013) Colney has produced female Tench over 12lbs and males to an incredible 10.12! Tench aren't the only monsters that inhabit Colney though, Big Carp, Bream, Roach, Eels and Pike also inhabit the lake and there is also potential for a very large Perch. Colney has an unusual backdrop, from the river bank, looking across the lake you could be in the most stunning of rural Norfolk countryside. From the opposite bank you see the lake, far bank trees, and beyond that, the very edge of Norwich! Far from being unpleasant though, this back drop just adds the the unique atmosphere of this fabulous lake and the winter nights are beautifully lit by the city lights.

Home to the mighty 'Kens fish' a stunning male carp that reaches forty pounds, Colney is also the most popular carp lake on the complex. Containing around one hundred carp in its twenty five or so acres Colney would certainly not be described as an easy fishery but it has far from being 'hard' and she rewards hard working, thinking anglers with excellent fishing and some of the most beautiful carp in the country (just check out the gallery to see what I mean) Of the Hundred or so carp, around ten to fifteen are thirty pounders with the remaining fish being mostly in the twenties with a handfull of doubles. Some of those doubles are breed on's from the original stock and are quite stunning, we hope they will play a significant part in the future of this lake. Big fish of note include 'ken's fish', the 'big simmo' (high thirty), the 'Pretty fish' (an astonishing thirty pound male), 'Tear drop' (thirty), the 'Fat and ugly' (mid/high thirty), the 'Mommons' (a batch of perfect fullys to 30 plus), the 'Big Dink' (mid thirty) and our group of thirty pound commons that include 'Cut peck', 'Black eye', 'Rooneys', 'not Rooneys' and another with no name.

Amazingly Colney has also held the British record for Bream with an 18.15 specimen reported in 2004. A handfull of very large bream still inhabit Colney with the largest fish reported in 2013 being a 17 pound plus monster caught by Darryn Stolworthy. A few double figure bream are reported every year and combined with the mulititudes of double figure tench, two pounds plus roach, twenty pounds plus pike and the big head of thirty plus carp Colney provides the multi species specimen hunter with an incredible array of big fish to target that could keep and angler occupied for many years to come. Added to this I truly believe that we have yet to see the best from Colney or the complex as a whole. The fish get bigger year on year and with the excellent water quality and incredible richness of the water it is not hard to see why. It is not just the fish that thrive in these waters for the weed and invertebrate's that provide essential natural food for our fish and prove that quality of the water are most abundant in our lakes, supplying a stocked larder not only for our fish but also for the diverse wildlife that inhabits our complex. 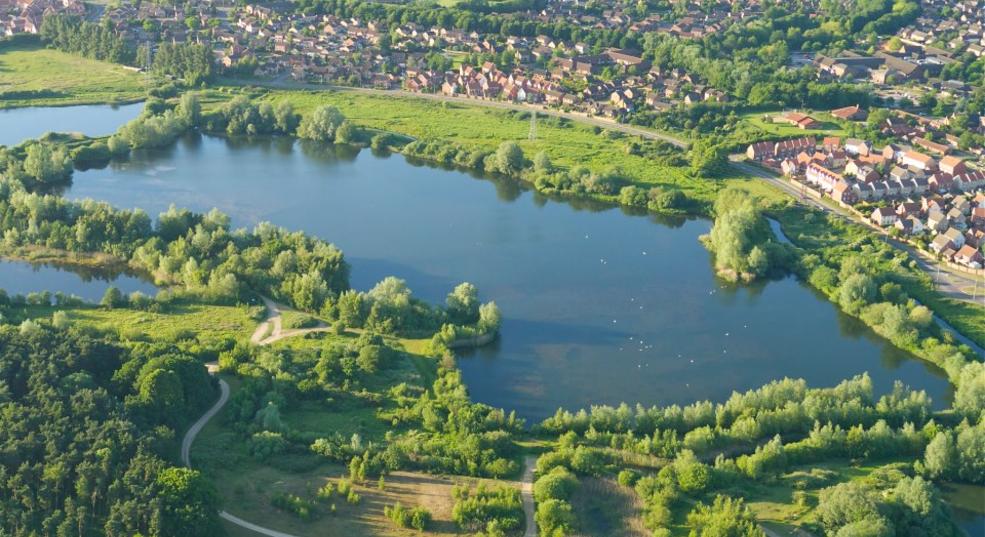