Pineapple Paul with a Bawburgh '36

Dave Woodhouse with the Bawburgh Linear 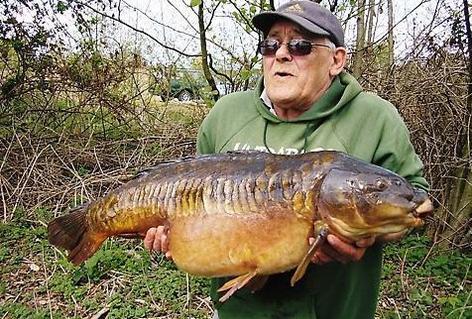 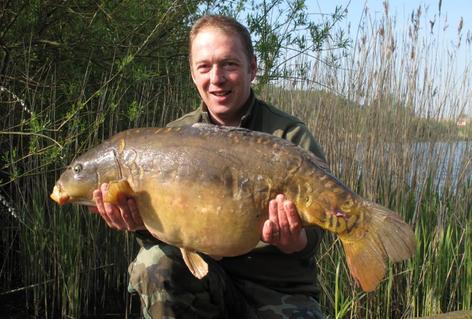 Bawburgh lake is the oldest of the large pits on the Bawburgh complex. It is also by far the least fished of the lakes. A stunning old lake that is made up of a 'main bowl' of water and the three large 'back bays' which are seperated from the main body of water by a huge island, access to the island is via the foot bridge and several good swims are located around the island.

Bawburgh was the first lake on the complex to produce a double figure Tench and today is a very prolific Tench fishery. It still holds double figure Tench but the population of this species has grown massively in recent years and big hauls of quality fish in a day are common

The Carp fishing on this lake has been virtually un-touched since the summer floods of 2007 when much of the stock was believed to have escaped into the river. However, since the floods a good number of the Carp on the missing list have been seen in the water by bailiffs and anglers. The lake is known to contain at least one mid thirty common known as 'Hewitts Common' and several thirty plus mirrors, some of which are yet to grace the banks. There is also a VERY large ghost carp in the lake that has not been caught for several years but has been seen in the lake every year. For a carp angler looking for a true challenge on a lake that almost certainly holds a big suprise or two, and in isolation from the main stream of carp angler, Bawburgh could be the very place you are looking for.

The pike fishing on Bawburgh is very much on the up and up after suffering a trough in recent years. Sadly it would seem that the numbers of huge pike that made the lake famous in its hayday are no longer present but the lake in most certainly making a good comeback with several good twenties reported last season. The lake also contains a dense stock of silver fish which will provide a superb food source for the growing numbers of pike.

Like all of the big pits on the complex, Bawburgh holds a small stock of very large bream. To catch the bream by design will take a dedicated campaign but the rewards are there for those who are prepared to make that effort. The largest Bream reported was by Justin Grapes at just over seventeen pounds.

Recent stockings include ten Fishers pond strain carp in 2005 (i think!) and twenty Dinton strain carp in 2010 that were made up of a 50/50 mix of mirrors and commons. The largest reported of the Fishers pond carp was to Paul 'Pineapple' Manning at over 36 pounds in 2008, I have not heard of any captures of this fish since then but I have seen it in the water this spring (2013, when it turned me over!) and she was looking very large indeed!!. The parts of the lake which flooded in 2007 are now protected by a stock fence to prevent a repeat of the '07 loses.

Bawburgh, Under-Fished And Full Of Surprises. 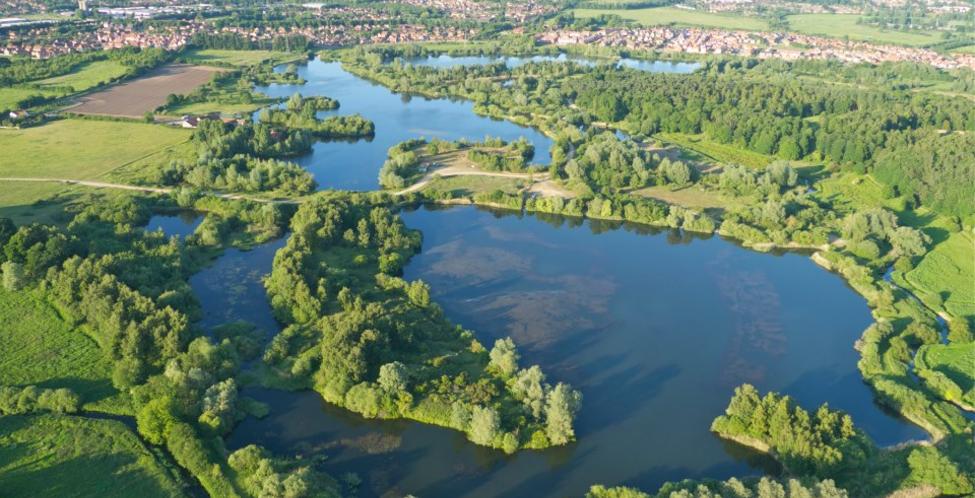